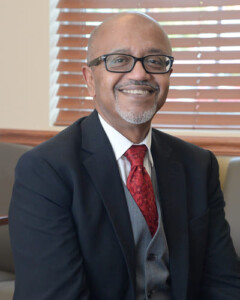 Dr. Ross was born in India and grew up in Zambia and Somalia, Africa in the 1970s. Around this time, there were a lot of development projects going on in recently independent African countries, many of which were medical projects. His interest in medicine initially began through exposure to the doctors and nurses who had come from foreign countries to help improve the health status of these countries.

Dr. Ross came to the U.S. in 1987 and got a Bachelor of Arts degree in Anthropology at SUNY Buffalo. He was working on a Master’s in Genetics when he decided to return to India to get a medical degree at JSS Medical College. Fast forward a few years, and he returned to the U.S. and completed his family medicine residency at Penn State. He then moved to Arizona and held jobs in Urgent Care and the Tucson County Jail while earning an MBA at The University of Arizona. He relocated to Kansas City, MO, and worked as the chief medical and informatics officer at a Federally Qualified Health Center, where he was able to get back to his original and continued interest in working with underserved communities.

Dr. Ross moved to Albany in 2017 to be closer to family in the Northeast and initially worked as the chief medical officer of St. Peter’s Hospital before coming to Oldendorf Medical Services in 2020.

In his spare time, Dr. Ross likes to ride his motorcycle and spend time with his two kids. He has also recently become an avid gardener.